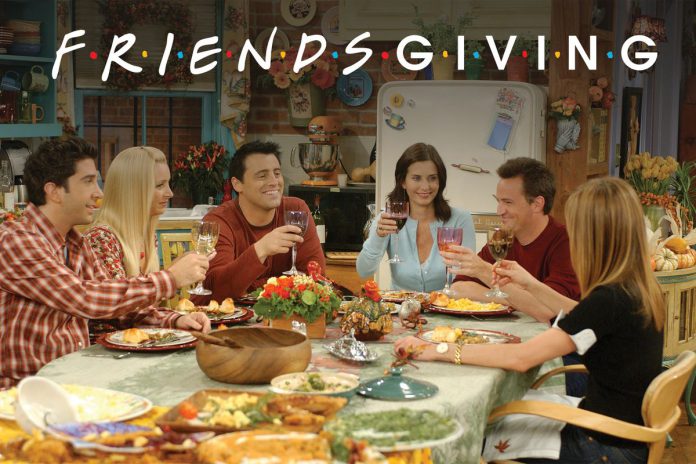 1- ‘THE ONE WHERE UNDERDOG GETS AWAY’

Rachel and Ross finally kiss for the first time in this episode even though Ross was dating Julie, his fellow paleontologist and he must decide with whom he should be with. Chandler and Joey give him an idea of making a list of pros and cons of each of them but it did not turn out to be good for Ross as the idea backfires.

3. ‘THE ONE WITH THE FOOTBALL’

While watching a football match, intense rivalry resurfaces between Monica and Ross. When everyone gets to know the reason for them to not play the game together anymore, they all decide to play a friendly game together and see who gets the Geller cup.

After Joey gets to know that Chandler kisses his girlfriend Kathy, Chandler begs to prove his friendship to Joey by being in a box for 6 hours (yes you heard it right). Besides, Monica runs into Richard’s son after she got hurt in her eyes and ends up inviting him into Thanksgiving Dinner. This episode was hell funny.

5. ‘THE ONE WITH ALL THE THANKSGIVINGS’

After having dinner, Ross mourns over his sad life of getting divorced again and having the worst holiday. This leads to everyone discussing their worst Thanksgiving holidays in the past (Yes it has flashbacks). This episode also has one of the very memorable scenes when Monica puts the turkey on her head and dance to cheer up chandler.

Season 6, Episode 9
When Monica’s parent decide to come for Thanksgiving dinner, Chandler & Monica has to decide how to tell them they live together and also Chandler wants to impress them. But things get a little bit more tricky when Monica gets to know that they don’t like Chandler as they think he used to smoke pot in college even though it was Ross. In between clearing the confusion Monica and Ross start screaming each other’s hilarious secrets to their parents ending up in a very funny episode. And Rachel was in charge of making the dessert, and we can guess how tasty it was.

The whole plot revolves around hiding it from chandler that there is a dog in the apartment as he has a fear of dogs. Meanwhile, Ross struggles to name all the 50 states in the game that he started.

Season 8, Episode 9
This episode takes a hilarious turn when Monica invites an old friend Will Colbert (Brad Pitt) to the thanksgiving party and it turns out he and Ross were a member of “I Hate Rachel Club”. This episode also has a very memorable scene where Joey wears Phoebe’s maternity pants which he called his “Thanksgiving Pants” and eats every bit of that gigantic turkey alone which Monica especially made for him, thus proving what Tribbianis are good at.

9. ‘THE ONE WITH RACHEL‘S OTHER SISTER’

Season 9, Episode 8
While watching a Thanksgiving Parade on T.V Joey realizes he was supposed to be in the Days of Our Lives float. Meanwhile, Rachel’s irritating sister Amy (Christina Applegate) shows up uninvited and creates a hostile environment between everyone and they both also end up having a girl fight in which Monica’s 1 piece of China plate gets destroyed. And the episode ends in a hilarious note where Monica’s wedding china set gets destroyed which earlier she was very resistant in using.

10. ‘THE ONE WITH THE LATE THANKSGIVING’

Even after Monica did not want to host this year’s Thanksgiving party, everyone else convinced her to make 1 last dinner in the house as Monica & Chandler would be moving to their new house. However, when all four of them showed up late for the dinner, Monica locks them outside in the Hallway. While convincing Monica, all of them peeks their head through Monica’s door and Joey gets stuck there. In an effort to free him, Joey crash lands into Monica’s Thanksgiving dinner. In the end, Monica decides she is not angry with them after she receives the good news and the FRIENDS end up having one last memorable holiday.

Friends, which rules a million hearts was a historic sitcom that will be cherished by people for millions of years. With an extraordinarily talented cast to their characters, from epic dialogues to the coffee shop and phoebe’s songs, everything was so special about it.

The Untold Secret To Traffic jam on Mount Everest

Pink moon is rising in just a few hours…﻿

A RECAP OF GAME OF THRONES: THE FINALE