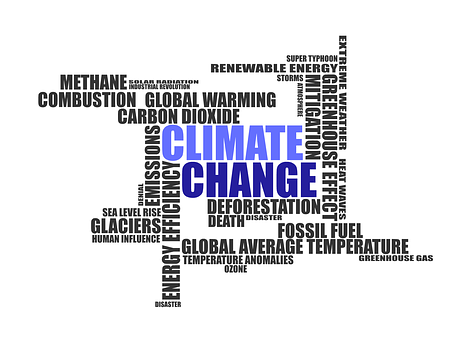 The constant state of change on the planet sometimes result in devastating effects known as Environmental disaster or Environmental catastrophe. Some can be caused naturally while many are human errors which leads to non-favorable outcomes. Planet Earth has had to face many disasters ranging from nuclear disaster to severe natural disaster and each marks the unforgettable tale of carelessness.

What is an Environmental Catastrophe?
Do not get natural disaster to confuse with environmental disaster, both are two different things. An environmental disaster can be or cannot be a result of a natural cause but many of times a man-made mistake such as oil spillage or nuclear explosion. The definition of environmental catastrophe is Man-made damage to the natural environment resulting in deaths of living beings. It can also result from the technical failure or consequences of long-term pollution affecting the ozone layer.

However, it’s important to know the impact of dangerous humans can face when planning to how not to disturb nature.

There are several types of accidents that can cause dreadful incidents:
1. Nuclear disaster results from failure of handling nuclear power plant or usage of atomic bombs for testing or attacking. One of the worst disaster experienced by this was in Chernobyl Nuclear Power Plant in 1986.

2. Chemical/ Industrial disaster results from the carelessness of industries in managing the waste or instruments. Chemicals in the environment can also be caused by the usage of harmful pesticides in agricultural or waste effluents from mining lands. One of the deadliest accident caused by an industry disaster was Bhopal gas tragedy in 1984.

3. Human Health disaster occurs from an outbreak of a disease or mass death among human species causing massive devastation. The huge amount of people lost their lives in the Bubonic plague, also known as Black Death. It took more than 100 years for Europe to recover from this disaster.

4. Oil Spillage can result in a 21st century’s worse calamity if not treated. The release of oil from ships and cruises in the ocean, emission of untreated waste in water sources resulting in loss of marine life in huge proportion. The Deepwater Horizon oil spill in 2010 is recorded to be the worst oil spilled in terms of amount.

5. Forrest fires can be caused naturally or man-made. The hazard level of this disaster is maximum which can affect flora and fauna. The Cedar Fire in San Diego, which burned through 200,000 acres, was the largest fire disaster to ever take place.

How can we prevent disasters?
1. Be a conservation freak- It’s okay if you switch off the appliances not in use even if you were not the person to utilize it.
2. Plant as much as trees/saplings you can.
3. Keep appliances clean and in a monitor.
4. Reduce the use of harmful chemicals.
5. Protect wildlife, insects, marine life, and birds.
6. Educate yourself and others too
7. Provide technology to the affected area so that people can educate themselves.
8. Promote scientific knowledge and awareness about hygiene to reduce human loss.
9. Always have a plan to tackle the disaster.
10.PPE- Personal Protective equipment, Always keep it handy as they play an essential role. Masks, goggles, helmet, clothing are few them which are absolutely adequate.

Environmental disasters can take a terrible turn on ecosystems, increasing the threat to different habitats. An intensive chemical farming, use of agricultural insecticides is destroying the wildlife, insects, and nature. The highly toxic agrochemical gases emission is known to cause illness among the lives of rural areas resulting in neurological disorders, various cancer, respiratory problems.
Humans with their long scientific discoveries and innovation can handle the challenges of a natural disaster. However, The huge worry is the growing population and its demand for consuming the natural resources which are likely the reason for new disasters to arise with much more higher intensity.

We are the one to create the mess and we should be the one to responsible for it. One can just not wait for an environmental catastrophe to knock the door and devastate everything. It’s our home and we will protect it.

How the insolvency and bankruptcy code safeguard the cases of insolvent corporation?

The Harm and Benefits of Peer Pressure

Pink moon is rising in just a few hours…﻿