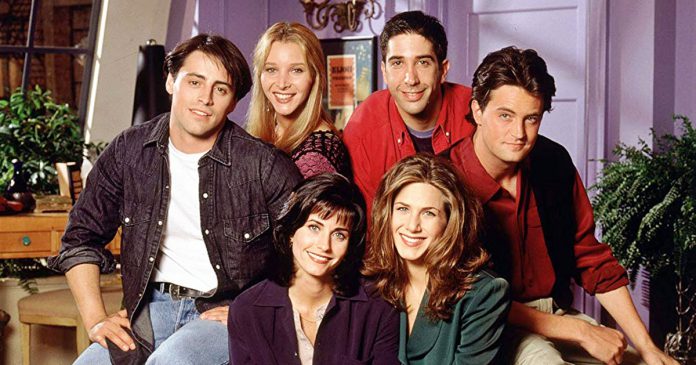 Friends, it has a different meaning altogether now and millions of people’s emotions are attached to it. God has listened to the “Friends” fan population. People have been demanding for ages to do a reunion show or a movie on the afterlife of friends cast. And finally, it might be true.

Friends is an American sitcom television series which aired on NBC from September 22, 1994, to May 6, 2004, lasting ten seasons. It follows the lives of six reckless adults living in Manhattan, as they indulge in adventures which make their lives both troublesome and happening.

Friends is the best sitcom ever made. One can laugh on a single episode even if he sees that for a 1000 times.

A few days earlier when Jennifer Aniston uploaded her first selfie on Instagram of all the friends cast together, there were speculations that they might are together for a reunion but no one confirmed that. “Friends” is in talks with the HBO Max for a special episode. And finally, all will be seen together after 15 years.

This will be the first time all the sic cast members will reunite for a public event since its last episode in 2004.

Everything is soooo special and historic about the show, the cast, the characters, their smiles, the dresses, every single episode, the coffee shop, their acting, the dialogues and nevertheless the theme song. Friends, starring Jennifer Aniston, Courteney Cox, Lisa Kudrow, Matt LeBlanc, Matthew Perry and David Schwimmer will always be the best show ever of all time for 1000 more years.

Now we can’t do anything other than chewing our nails and speculating with a smile about the show. Whosoever has not watched the show, do watch it because we bet you guys are missing something extra special from your life.

“I Will be there for you”

Does ‘FEMINISM’ stands for defaming males?