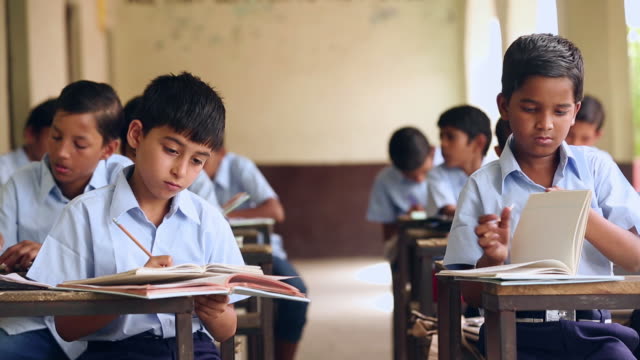 A Student (Former) of a Delhi Government School

My name is Anjali and I am currently pursuing Political Science Honours From Shyama Prasad Mukerji College, DU. I am in 2nd year and I work as a freelance writer and digital marketer.

But whatever I am today in my academic or professional life is possible because of the right education policy being put in work in Delhi. Wondering how? So, this children’s day I would like to share my experience as an ex-government school student and how it impacted my life.

From Primary School, I was told that Chacha Nehru had immense love for children and so his birthday is celebrated as Children’s Day. But today I feel like dedicating Children’s Day to Delhi’s Deputy Chief Minister Manish Sisodia Ji.

I am overwhelmed to say he saved my childhood from getting spoiled. When I was in 9th standard, I lost my father in a road accident.

I was emotionally broken but what I wasn’t aware of was that time was that I will face a lot of financial issues and that even just to study in my own school will not be possible.

I used to study in a Private school and I was considered one of the most intelligent students there and so considering my financial situation and my academic performance, school waived half my fees.

But even paying half the fees for my school was becoming very difficult for me. As a student of 9th standard has to continue 10th from the same school I was compelled to pay that expensive private fees to sustain my education.

I scored 9.4 CGPA in tenth. Everybody was very happy with my result. My own school mentioned my name in the list of Top Performers of Schools in the PTM meeting.

I was also happy with my result but I was also aware that now the time has come when I have to make a compromise with my education to save myself from all the financial burden due to private school expenses which I no longer was able to afford. So, it was time for me to leave my school and take admission to a Delhi government school and along with that leave privileges that a private school student has over government school students.

I was also the one who thought most government school students are indiscipline, don’t know English and basic etiquettes. I had in mind that the image of government school teachers who were never present in their class or when they were even then never bother that they are there to teach. I was scared of the government school environment and its poor infrastructure and all that I have so far seen or came to know from others including my own private school teachers.

All I was imaging was a stinking classroom having accommodation issue and my classmates who were indiscipline and not interested in studies. I was even scared of my future.

The thing I had in mind on the first-day was if I will even be able to go to college. Considering my financial situation, if I were not able to get into DU, I would never have been in college. And getting into DU is not that easy, one needs to score well to get the admission. I took admission in Sarvodaya Kanya Vidyalaya, Shakti Nagar.

It was my first day and I had been a long when I had seen a government school. To my surprise, its building was not like the one I had known about or seen previously. In Fact, it was as beautiful as any private school building.

I entered the classroom, desks were well-maintained and my classmates were in proper uniform and looked in-grossed in their lecture which was given by my teacher. She told me to come in and asked me to introduce myself and told me to sit and focus on the lecture. I was really happy. All I was fearing about before going to the government school was a myth. The ambiance of my new school was the same as my private school even when I was now required to pay only affordable fees to continue my education.

All I was fearing about before going to the government school was a myth. The ambiance of my new school was the same as my private school even when I was now required to pay only affordable fees to continue my education.

One more thing, my teachers were not good or fluent in English like my private school teachers and they preferably used to teach in Hindi. But the effort and dedication they were putting in students were commendable. Government School Teachers are the best teachers and they are immensely helpful and dedicated to their student’s learning. They had very good knowledge about there subjects and language was never a barrier as they were able to teach me well as they had that will and concern about their student performance in studies.

My classmates were hard-working, studious and friendly. I had many great friends from there and we still are in very good contacts. I changed my attitude completely about Government School, its students, and teachers and let me tell you that now for me Government Schools are best and even better than many private owned schools. Here education is not a business but a priority.

Even the improvement work in my school was going on and in 12th my classrooms had even A.C and Smartboards. Who would have thought of such a facility to a government school student 6 or 7 years back? Unbelievable experience it was for me. My studies went very well and thanks to my government school teachers who believed their students were not any less from any private school student.

I scored 85.5% in my twelfth and got admission to DU where I got the environment which made me very productive as a good writer and digital marketer. After I left school, improvement work was still going on. And now when I come across a government school kid speaking fluent English and expressing their innovative ideas in Entrepreneurship-Mindset Curriculum Classes, I feel very proud as a former Delhi Government School Student.

And every time I see a government school student achieving something in their career and life, my heart silently thanks to Manish Sisodia Ji who revolutionized these schools and bridged the gap between private and public schools. Today I see students proudly putting stories on social media that they are a part of Delhi government school and that they are making achievements in various fields of learning.

It all had been possible because of all the good and revolutionary work by Manish Sisodia Ji and a big thank you to you sir for all this. Today’s Children’s Day is dedicated to Manish Sisodia Ji and his good work for the children and their education and future. Sir, continue the good work in Delhi for Children Education as it is really making a very big impact on our lives.

sexual harassment of women at workplace.

So is it self-love or self destruction?

Coaching is dangerous for banking sector- Diploma the new trend