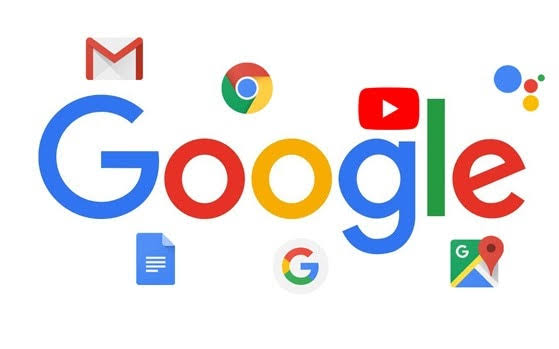 Does a dream have any meaning and importance? A person sees an average of 6-7 dreams in one night. Most of the time the dream has no meaning and helps us in no way. But if the dream had some importance then wouldn’t it be great?  What if I tell you that there are some people who saw dreams which had some meaning and later turned into amazing and life-changing inventions? Get ready to read about some amazing inventions that were dreamt first.

The invention which changed the world of physics came in the form of a dream to Einstein. While he was asleep he dreamt that he was sledding down a mountain, with an ever-increasing speed until he reached the speed of light. This observation led him to the mathematics by which he figured out the famous Theory of Relativity formula.

Who invented google ?
Even the biggest search engine giant came from dreams. Founder Larry Page dreamt that he could make a business by “downloading the entire web onto computers” and thus google was born.

Twilight changed the way the world sees vampires. Author of the best-selling Twilight series Stephenie Meyer had the idea of the vampire novel in her dreams. She dreamt about the human-vampire love relationships.

The Beatles have the most covers of songs in history. The famous song Yesterday came to Paul McCartney in his dreams. When he woke up he remembered the music in his head and wrote it out on the piano next to him.

The machine that brought a revolution in the fashion industry was invented in 1845 by Elias Howe. He dreamt that he was taken prisoner by men and they were pointing spears at him. As the spears were nearly upon him, he noticed a hole at the spears’ points. By the next day, this breakthrough led him to develop the missing link in his sewing machine.

The very famous Indian mathematician Srinivasa Ramanujan has published over 3,000 theorems. He gives the credit to Hindu goddess Namagiri. He once claimed that goddess Namagiri would appear in his dreams and tell him new formulas.

One of the well-known scientific discoveries of DNA’s structure was discovered by Dr. James Watson. Once in a dream, he saw two snakes intertwined with heads at the opposite ends This lead him to his consideration of a double helix.

Stephen King, the global best-selling novelist had many ideas that came to him through dreams. The idea of his book Misery and It also came in his dreams. As King said: “I’ve always used dreams the way you’d use mirrors to look at something you couldn’t see head-on.”

James Cameron had the idea of the Terminator in a dream. Cameron saw the metallic figure with piercing red eyes pulling itself up from a fire.

Dr. Otto Loewi had a dream once and he awoke during the night and wrote some thoughts on a paper. When he woke up in the morning, he saw the paper and realized he had written about nervous system information being transmitted chemically and later it won him the Nobel Prize in 1936.

The first periodic table idea was also a dream which came to Dmitry Mendeleev’s mind. In his dreams, he was unable to figure out how to arrange the elements and he heard a piece of music and later figured out the best way was by their properties and atomic weight.

Director Christopher Nolan was always fascinated with dreams. Sometimes he would frequently practice waking up and falling partially asleep again. After frequently doing this he tried manipulating his dreams in the semi-conscious state. It’s easy to see how this love turned into the Inception thriller.

Madame C.J. Walker became the world’s first female American self-made millionaire because of her dream. She made her fortune in the early 20th-century cosmetics industry. In her dreams, she saw a black man who told her the mixture which would help in her falling hair problem. It worked, and she enjoyed a lengthy career selling her cosmetics products.

The Harm and Benefits of Peer Pressure

Dream I had which he intended to sabotage: Laxmi Agarwal

15 Interesting Facts About Dreams You Might Not Be Aware Of